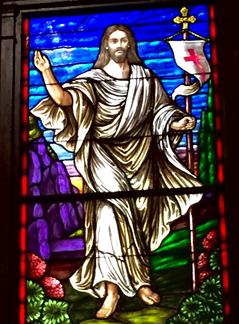 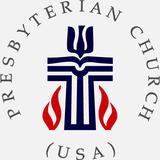 By 1914 the church the church had grown to 500 members and was granted its independence from West Church. Over the next 30 years the building was electrified; the stained-glass central chancel window was dedicated in 1917 in memory of Dr. Lorenz's wife, Etta.  The beautiful chandeliers were installed in 1927. The two side chancel windows (designed by Julius C. Koechig) were dedicated on Easter Sunday, 1937.  (See photos below.) 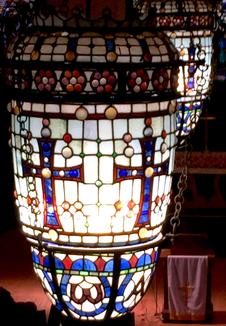 In 1964 Reverend Richard Symes was installed as pastor and served GSF for 18 years.  During that time an era of social activism blossomed. Protests in support of Civil Rights, against the Vietnam War; establishment of a drug-addiction program for the community; a prison visitation program; and a Legal Advice Clinic were just a few of the programs run by GSF.

1969 began a very creative period in worship at GSF and saw the creation of the Celebrate Songbook; lay leadership in worship; gender-inclusive language; responses to the prompting (sermons); Maundy Thursday Agape Meal and Communion.

The Reverend Jean Huffman was installed as the ninth pastor in 1979, the first woman to be named a lead pastor in the Presbytery. In the 1980's the church was the host to other worshipping congregations including the Korean Central Presbyterian Church, the Romanian Orthodox, Trinity Metropolitan Community of Churches and the Catholic Church of the Holy Spirit.  That year the congregation voted to reject an offer by Lincoln Center to sell the church to accommodate Lincoln Center's expansion (principally because they would not include the church in the new building).

In 1985 the Session and congregation voted to become a "More Light Church", welcoming gay and lesbian persons to full participation in the congregation. GSF also approved the statement stressing the church as an inclusive, caring community committed to a ministry of spirituality, peacemaking and justice.

In 1990 GSF was host to the Korean Central Presbyterian Church and when that church split, Korean members remained at GSF and worshipped in the chapel as the Korean Central Presbyterian Church of Manhattan.  While the relations between GSF and KCC were cool and official to begin with, an effort was made to promote friendship and understanding between the two groups.  Joint Bible studies were offered and a small group from each congregation met to undertake dialogue on matters of mutual concern.  The first ever joint service happened in September, 1990 and ideas of uniting in some way began to be discussed.  Ultimately, the Korean-speaking fellowship joined GSF as individual members on January 24, 1993.

Through the years we have strived to understand each other's cultures and differences in worship and we now worship together in a Joint Worship Service the first Sunday of each month (and for special services such as Christmas and Easter).  On the other Sundays each group worships in it's own language:  the English service at 10:15 a.m. and the Korean service at 12:00 noon.  We have a Session consisting of 5 English-speaking members and 5 Korean-speaking members. In all ways we continue to work hard to make this multi-cultural church a warm and comfortable place to worship for all. 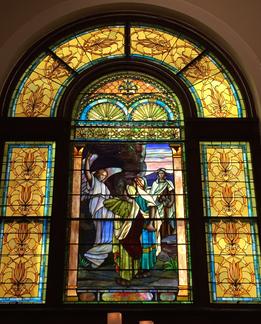 A BRIEF HISTORY OF GOOD SHEPHERD-FAITH

United by a shared faith in a loving God 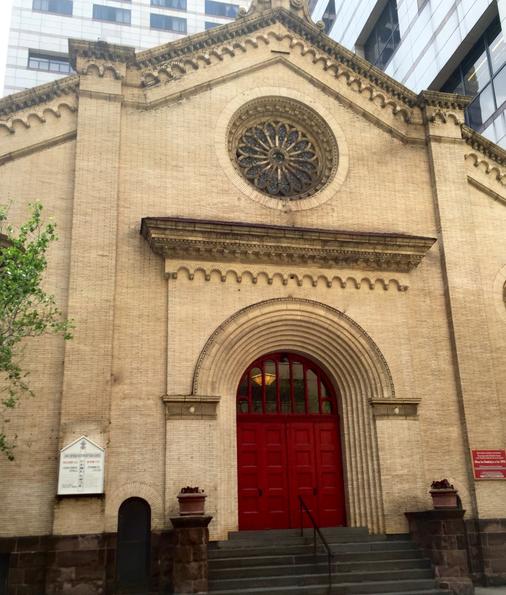 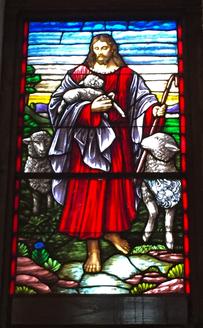 Good Shepherd – Faith Presbyterian Church today is the successor of Mission churches supported by the West Presbyterian congregation in the 19th Century. It has always been an immigrant church, changing in composition as waves of immigration spread over the city.  Originally focused on Scottish and Irish families, who were service and trade workers, later members included African-Americans , Hispanics and Koreans.   GSF also attracted neighborhood-working families in the 1940s – 1960s, many of whom were Greek.

West Presbyterian Church was founded in 1829 in Greenwich Village, growing into a large congregation on West 42nd Street between 5th and 6th Avenues.  In 1866 they adopted a Reformed Church Mission, constructing a Victorian Gothic style church named Faith Chapel at 423 West 46th Street. This building still stands as the St. Clement’s Episcopal Church.

In 1886, West Presbyterian Church began a Mission Sunday School, at 1019 Tenth Avenue at West 65th Street, naming it Christ Chapel. The area was changing. Broadway was still called “the Boulevard”. East of 10th Avenue (Amsterdam) was called San Juan Hill and it was poor. Churches were needed.

Fund raising allowed the construction of the lower levels of a building at 152 W. 66th Street.  Dr. Daniel E. Lorenz, PhD took charge of the Mission.  In 1887, we moved into our present structure, which was completed and dedicated in 1893, and designed by J. C. Cady, the architect of the original Metropolitan Opera House and the south façade of the American Museum of Natural History, in the Italian Romanesque style. The total cost of construction was $87,000. It was named the Church of the Good Shepherd.